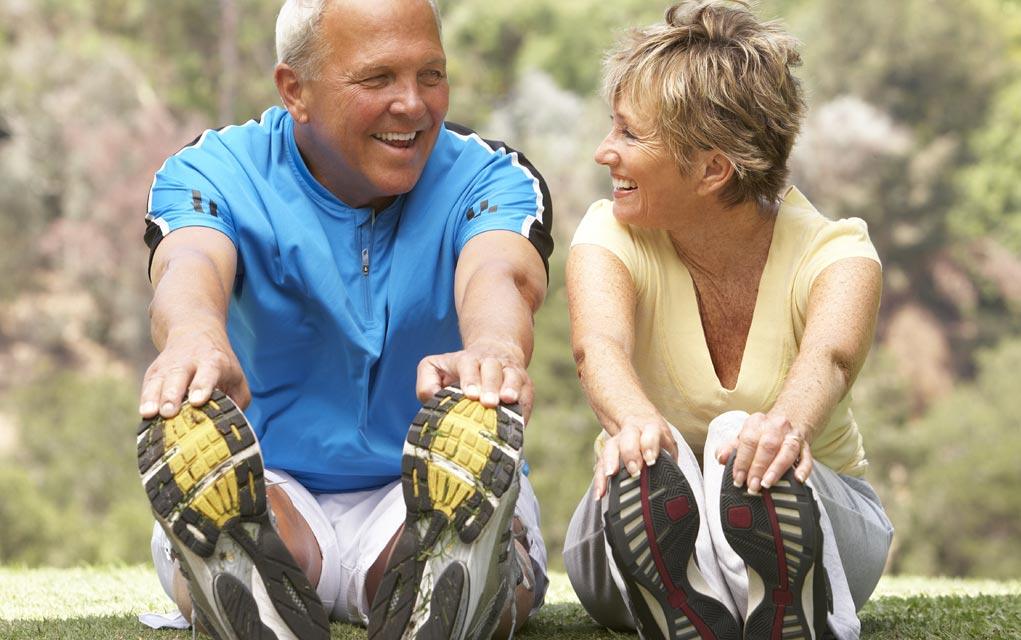 Having a great sex life by adults over 60 is largely dependent on health and lifestyle. Their children and grandchildren are having a hard time getting used to the facts of life, that their aging parents or grandparents might still be enjoying sex. The baby boomers that are actually the original ‘flower children’ started the sexual revolution over 40 years ago. For a lot of them who are over 60, the revolution is still goin’ strong ‘though it is an undeniable fact more than a few of them are experiencing problems in getting the va-va-vroom back in the old engine.

Sexual arousal doesn’t die when a person gets older. Aging is simply a period in life. It does not mean that a person becomes physically or sexually unappealing nor does it mean you become less interested in sex as you age.

The coverage by the media of retired baby-boomers and their older cousins paint a picture of seniors that are a homogeneous group who jump into bed and ‘hook-up’ with great abandon. Sex is now a Fountain of Youth. In fact, the diversity in sexual interest and activity in the over 65 crowds is as diverse as the individuals who are part of that group. It is evident that the later years can be a time of relief since there are no children hiding in nearby bedrooms, and you don’t have to worry about jumping up early in the A.M. to head for work. For many of us, this is a time we are free to explore sexual expression in ways never before realized. A time to cast away the societal expectations of earlier years. For others, they no longer worry about sexual performance, and seek other forms of companionship and sharing.

Regarding health, one fascinating recent study found that older men having more than two orgasms per week have a lower mortality rate. Of course, these numbers demonstrate a correlation between sex and longevity; the numbers do not show that sex prolongs life. More than likely, the answer is that older people who are well enough to engage in sexual activity are more than likely also healthier in general. But I believe that sexual activity can be and is physically, intellectually, and even spiritually fulfilling. Also, it\’s considered a good form of exercise, and it can stimulate the brain and promote good mental function.

Today’s older adults are active, on the go and still doing many of the things they enjoyed in their younger years, a healthy sexual relationship can positively affect all aspects of your life, including your physical health and self-esteem.

You might get the idea from movies and TV that sex is only for younger adults, but that’s not true. Man’s need for intimacy is ageless. Humans never outgrow the need for affection, emotional closeness and intimate love and they never will. People still have their sexual fantasies and desires into their 80s and 90s.

It’s true that sex in the 70’s and 80’s is not the same as in the 20s, but it can be as fulfilling and as enjoyable. Understanding the changes your bodies are going through will help you prepare for the challenges you’ll face. These changes can affect sexual relationships. The physical changes are the most often discussed, but psychological issues must also be considered. Testosterone regulates the sex drive in both men and women. The good news is, most aging men and women produce the testosterone levels required to maintain their interest in sex. Some changes that occur in your body may make some aspects of sex more difficult; with these changes you will have a reason to try new positions and techniques.

Here’s news you can use! A study at the University of Michigan in Ann Arbor has found that caffeine may hold the secret to a better sex life for seniors. They found that among married men, 59 that didn’t drink coffee had trouble getting it up when needed while only 36 of the same group who did drink coffee reported similar problems. Of course, this correlation between coffee and sex might just be a statistic. The group that chooses to drink coffee might just be healthier overall.

It is a known fact, better health translates into better sex lives, healthy people are more likely to engage in sex and not just sex, but good sex, and to actually express an interest in more sex. So, lets make sure we do all we can to live healthy and enjoy our later years fully.

About the Author: Robert Buford

Since the author is in the over 60 group, he knows how important good health is to senior citizens. Here is a web site that has a lot of information you can use for sure: http://health-fitness-aging.blogspot.com/